Two sites in Telford have made the shortlist to become possible sites for a major logistics hub to support the building of a third runway at Heathrow Airport.

Four sites are to be created outside London where work will be carried out on parts for the runway, which will then be transported to the UK's biggest airport for construction on-site.

The two Telford sites at Hortonwood and at a property at the town's Rail Freight Terminal at Donnington will be visited by a team from the airport on Wednesday.

This is a highly competitive process with the team evaluating potential sites across the country, of which six are based in the West Midlands.

Heathrow had last year announced that it had longlisted 65 sites in the running to be selected as expansion Logistics Hubs from an initial 121 applications, which will help ensure that businesses across the UK can form part of the airport’s supply chain for expansion.

The identification of Logistics Hubs,  follows a commitment made by Heathrow to shake-up the UK construction industry by using expansion to revolutionise the way Britain builds major infrastructure.

Heathrow’s expansion is the first major infrastructure project in the UK to pioneer the large-scale use of logistics hubs, and Britain’s new runway will create jobs in every corner of the UK. The Hubs will also create a legacy of construction excellence in the UK for future generations.

Once finalised, the final four selected locations will pre-assemble components of the expanded airport before transporting them in consolidated loads to Heathrow, playing a key role in supporting expansion’s efficient delivery.

Cllr Lee Carter, cabinet member for economic devlopment said: “This Council is doing all it can to support and win business for the borough.

“In the Railfreight terminal and Hortonwood, we have two first class sites which are attracting investment interest from across the UK and overseas demonstrating what the Borough has to  offer – excellent transport links, great infrastructure, competitive ready to go land supported by initiatives such as the Telford Land Deal to support economic growth, all supported by a willing and able workforce.

“We look forward to making to making a very strong case for the borough as we did when we won the MoD Logistics Hub for Donnington and secured one of the biggest foreign direct investments in the country in the shape of the new Magna facility which opens shortly, which when fully operational will employ almost 300.

Paul Hinkins, chair of Telford Business Board, added; “The business community are right behind this and it underscores the strength of the offer that Telford has which has already attracted some really big names to the borough.

“We hope that we can continue that and secure another major coup for Telford.” 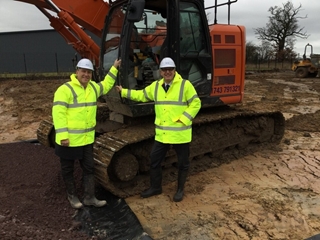 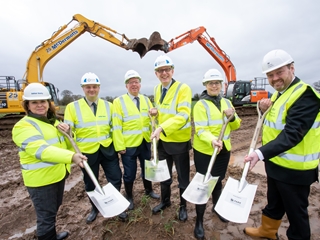 Work has got under way to create the infrastructure to support a world leading agri-tech research and innovation hub on the edge of Newport, ultimately supporting the ... 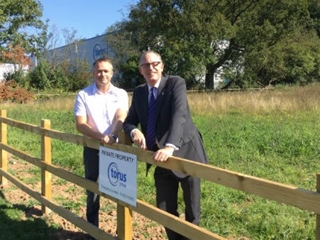 Up to 30 jobs will be created by a £4m development at Telford’s premier industrial site, T54 Technology Park thanks to the borough’s unique Land Deal.